What does Iran want from Bahrain?

The current talk in Bahrain is not focused on the legitimacy of protesting, or the grievances which have been inflicted upon the Shiites, or any other group. It is not about the nature of the protestors' demands, the provision of more authority to the opposition, the transformation of Bahrain into a constitutional monarchy, or even an opposition-nominated Prime Minister. Rather, talk has now turned towards transforming the island of Bahrain into a republic. The man leading this demand is Hasan Mushaima, an opposition figure with overt links to the political Shiite revolutionists of Iran. A few days ago, Mushaima announced the formation of the "Coalition for a Republic" in Bahrain.

At the beginning of the Pearl Square protests, the opposition contained a mixture of Shiites and Sunnis, with a significant Shia majority. Nevertheless a group of Sunnis shared in their demands, regardless of their political and economic nature. However, now the protests in Bahrain are being led by Shiite extremists, with demands far exceeding the terms initially set out by "al-Wefaq" opposition group, and its leader Sheikh Ali Salman. Those terms were tough to meet in the first place. The young Crown Prince of Bahrain has struggled to find common ground with "al-Wefaq" and its allies. Yet with the return of Mushaima and his group from abroad, "Al-Wefaq" have been made to look like a flock of peaceful doves! With a large crowd cheering him on, Mushaima delivered an address calling for the king to be dethroned, and for a republic to be established in Bahrain.

Iranian President Mahmoud Ahmadinejad has threatened the Gulf States, who activated the common defense pact to dispatch the Joint Peninsula Shield Force to Bahrain, at the request of the government there. Ahmadinejad brazenly likened such action to the invasion of Kuwait by Saddam Hussein's troops in 1990. However, he did not draw parallels with the US invasion of Iraq in 2003, in order to overthrow Saddam Hussein's regime. Perhaps he abstained from this analogy because Iran considers the invasion of Iraq, in order to oust the "lesser devil" Saddam Hussein, to be a relatively legitimate act, even though it was committed by the "greater devil", America.

Ahmadinejad was not alone in his criticism of the Gulf States. The supposedly moderate Chairman of the Iranian Parliament Ali Larijani followed suit, and warned the Gulf States about the consequences of their act. Muqtada al-Sadr, Hezbollah, and several Shiite MPs in Kuwait were among others who joined the ranks.

Unfortunately, we are now facing an explicitly sectarian scene. As deplorable as this is may seem, when the demons who politicize religion walk through the door, the birds of religious tolerance fly out of the window. The truth is that Iran is now in a state of war with the Gulf States, full stop. In view of that fact, the Gulf States have every right to protect themselves from attack. It is an established fact that Iran harbors age-old ambitions in the Gulf, especially with regards to Bahrain. Last year, Khamenei's media advisor issued a statement indicating Bahrain's subordination to Iran. It would be futile to argue against Iranian ambitions in Bahrain and the Gulf, for they are glaringly obvious.

Now we must stand firm and confront the threat without hesitation. Afterwards, we must ask ourselves, have we ever had a proper mechanism for fostering the concept of citizenship, creating an all-encompassing allegiance to national interests, and purifying religious discourse from fanaticism? The answer is clearly "No".

Let us hope that these recent developments serve as an eye-opener, to make us realize the need to foster national unity. What is important now is to thwart Iran's plans, by raising the awareness of Shiites and Sunnis throughout the Gulf, and by earnestly and vigorously fostering a sense of belonging in the region, immune from foreign interference. The fortress of justice and tolerance is the best remedy for ailing hearts and twisted minds.

A Saudi journalist and expert on Islamic movements and Islamic fundamentalism as well as Saudi affairs. Mshari is Asharq Al-Awsat’s opinion page Editor, where he also contributes a weekly column. Has worked for the local Saudi press occupying several posts at Al -Madina newspaper amongst others. He has been a guest on numerous news and current affairs programs as an expert on Islamic extremism. 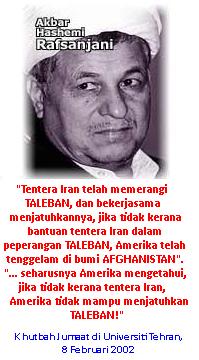 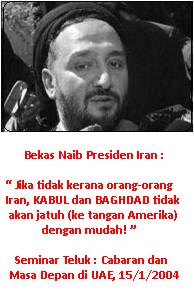 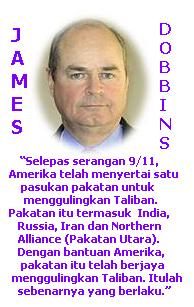